The Silver Bream (Blicca bjoerkna), resembles an immature Common Bream, otherwise known as the Bronze Bream, to a certain extent. Silver bream are relatively common and are found near banks on still waters and slow moving rivers. They can grow up to 20cm in length.

Silver bream are distinguished from common bream by the larger eye in the silver bream, and the bluish-green cast to their flanks (see picture). However, there is a distinctive feature obvious to anyone who has caught numbers of both species. Bronze bream, even the juveniles, are slimy - very slimy. Silver bream are very much less slimy - no more than (say) roach.. 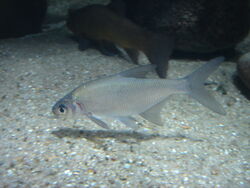 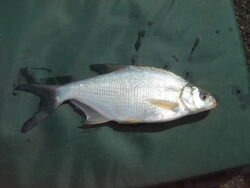 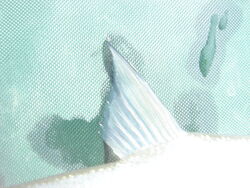 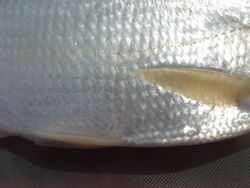 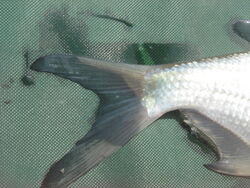