The Grass Snake (Natrix natrix) is typically dark green or brown in colour with a characteristic yellow collar behind the head, which explains the alternative name ringed snake.

The colour may also range from grey to black, with darker colours being more prevalent in colder regions, presumably owing to the thermal benefits of being dark in colour. The underside is whitish with irregular blocks of black, which are useful in recognizing individuals.

In Great Britain the Grass Snake is the largest reptile, reaching up to 190 centimetres (6 ft 3 in) total length, though such large specimens are rare. Females are considerably larger than males, typically reaching a size of 90–110 centimetres (2 ft 11 in–3 ft 7 in) when fully grown. Males are approximately 20 centimetres (8 in) shorter and significantly smaller in girth. Weight is about 240 grams (8 oz). Since the colour of its collar is often pale yellow to white in the Balkans region, the name for this snake in Serbian/Croatian language is belouška/bjelouška, which means "white-eared snake". This species is one of only three snakes to occur in Great Britain and is distributed throughout lowland areas of England and Wales it is almost absent from Scotland and, like all snake species, is not found in Ireland, which has no native snakes. It is widely distributed in mainland Europe, ranging from mid Scandinavia to southern Italy. It is also found in north-western Africa. British Grass Snakes belong to the subspecies N. n. helvetica, but experts differ on the number of subspecies.

They prey almost entirely on amphibians, especially the common toad and the common frog, although they may also occasionally eat mammals and fish. Captive snakes have been observed taking earthworms offered by hand, but dead prey items were never taken. The snake will search actively for prey, often on the edges of water, using sight and sense of smell (using their Jacobsons organ). They consume prey live without using physical constriction.

Grass Snakes are strong swimmers and may be found close to fresh water, although there is evidence that individual snakes often do not make use of water bodies throughout the entire season. Grass Snakes, as with most reptiles, are at the mercy of the thermal environment and need to overwinter in areas which are not subject to freezing. Thus they typically spend the winter underground where the temperature is relatively stable. As spring approaches, the males emerge first and spend much of the day basking in an effort to raise body temperature and thereby metabolism. This may be a tactic to maximise sperm production as the males mate with the females as soon as they emerge up to 2 weeks later in April or earlier if environmental temperatures are favourable. The leathery-skinned eggs are laid in batches of 8–40 in June to July and hatch after about 10 weeks. To survive and hatch the eggs require a temperature of at least 21 °C (70 °F), but preferably 28 °C (82 °F), with high humidity. Rotting vegetation such as including compost heaps are preferred locations. The young are about 18 centimetres (7 in) long when they hatch and are immediately independent. 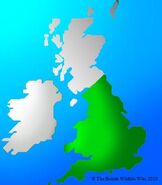 Distribution of Grass Snakes in the UK 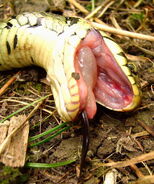 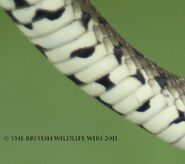 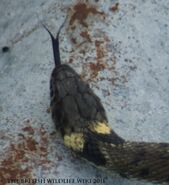 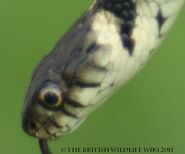 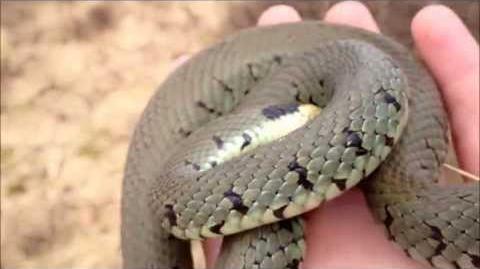 Retrieved from "https://britishwildlife.fandom.com/wiki/Grass_Snake?oldid=32347"
Community content is available under CC-BY-SA unless otherwise noted.